Foodshed team learns how to establish consent instead of consensus

In Propositions for Organizing with Complexity: Learnings from the Appalachian Foodshed Project (AFP), Nikki D’Adamo-Damery described nine propositions that emerged from the work of the AFP. Proposition #2 was: “Establish Consent instead of Consensus.” The following story describes one of the experiences we had together, when Tracy was facilitating the management team, that led to this proposition. 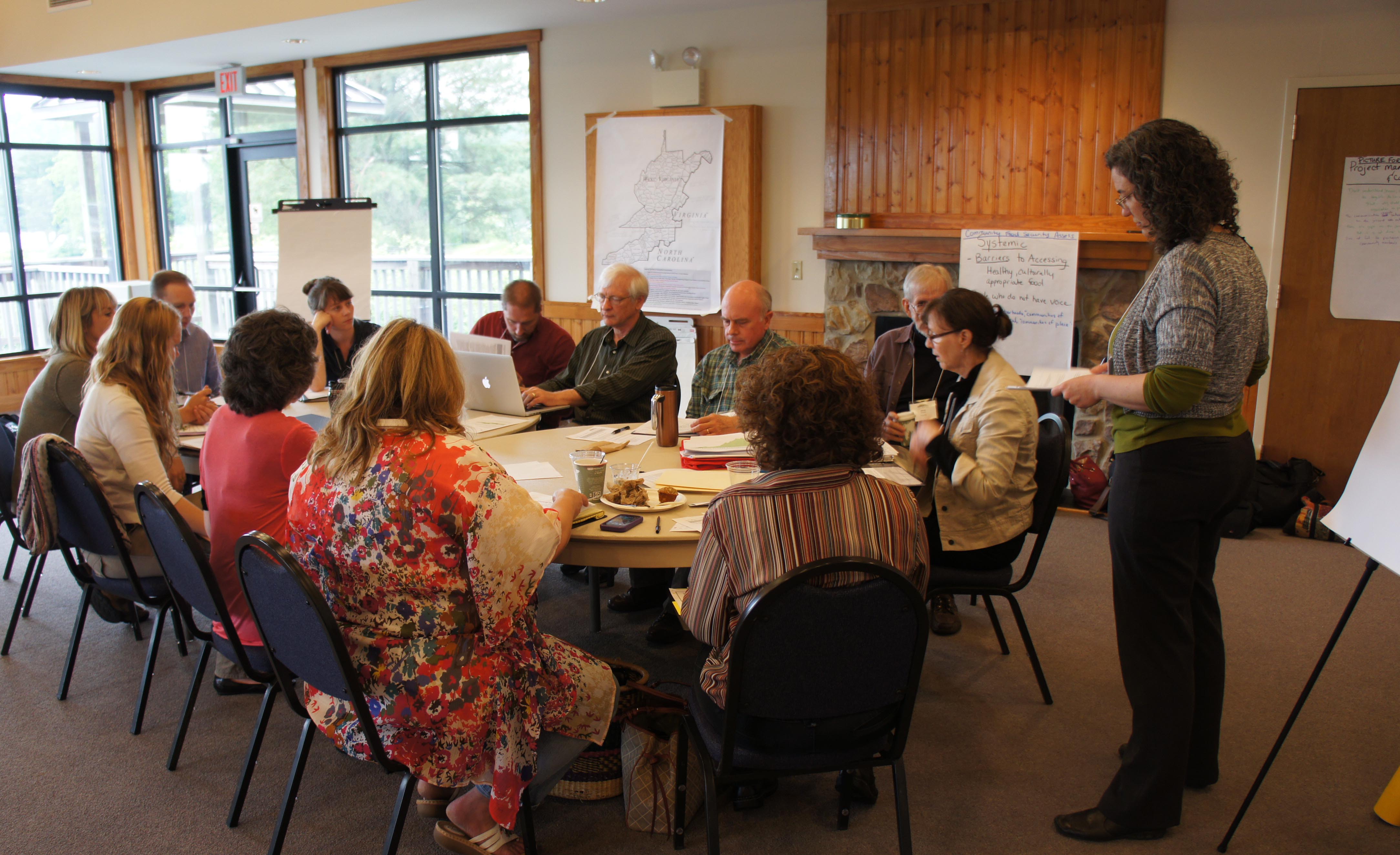 This story begins when the AFP management team was making decisions about how they were going to award mini-grants to on-the-ground projects that addressed community food security. The team included the principal investigators, graduate students, extension agents, and representatives from community-based organizations, and so reflected some of the diversity of the system within which they were working.  The team was using a collaborative decision-making framework, and the basis for decisions was the principle of consent.

The principle of consent

People often think there are only two choices for how we make governance decisions: by majority or consensus. Most people fail to realize that decision-makers have a third option – decision-making by consent – that can be preferable to either of these for governance decisions. The Consent Principle means that a decision has been made when no member of the group has a significant objection to it, or when no one can identify a risk the group cannot afford to take. In other words, the proposal is not out of their Range of Tolerance (see below). Those risks are things that would undermine the purpose, or that would create conditions that would make it very difficult for a member to perform his or her role. 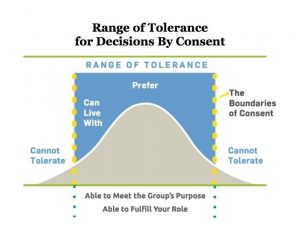 The test for the management team

The urgency to get the funds out into the field put pressure on the team to make a decision. On the one hand, there was clear value in having these different perspectives at the table as they discussed funding priorities and how to make the application process more accessible. On the other hand, there were conflicting opinions when it came to designing the application. Was it ethical for representatives from community agencies who might apply for the grant funds, to design the actual application? A professor said “no” and a community agency rep said “yes.”  There were concerns that the difference of opinion might limit progress.

Consent is grounded in dialogue, not debate

It was through this experience that they learned that, by using consent as the basis for decisions, the team did not have to agree. Instead of debating, they inquired into what was out of the range of tolerance for each of them.  They listened to each other’s objections as feedback about potential risks so they could adjust the solution to mitigate those deemed unacceptable.

Here’s what they discovered:

Once they discerned the reasons for concern – and chose to respect what was important to each of them – they found a way forward. The decision was to include the community partners in decisions about the application design, as full decision-makers, AND to be fully transparent in all public communications about their participation.  As a side note, they were simultaneously clear that, if one of those community-based organizations applied for a grant, they would recuse themselves in the selection of grant recipients.

The grant application design and process went mostly smoothly with no conflict of interest issues. The second round of distribution of mini-grants moved even more quickly, building on the trust that had been built the first time around.

embedded into your operations

The Collaborative Governance Toolkit and Dashboard

Discover the Power of Collaborative Governance